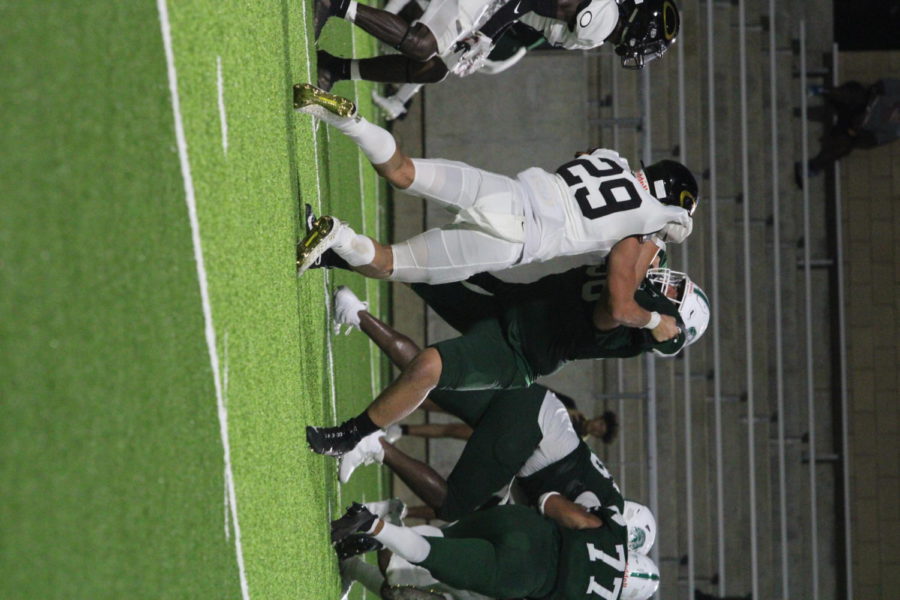 Despite great effort and working to reach new goals, teams like the Spring Lions won out over the Panthers. But even with the loss, coaches are trying to motivate the guys to move to each week which eventually let to a win against the Tomball Cougars. And, the team leaders are preaching to the guys that the season isn’t even close to over and keeping a positive attitude for games to come.

“As a team, we are starting to see what happens when we work together towards a common goal. Everyone feels that we can be successful and we are putting the pieces together as a team to achieve our goals,” senior Chris Terrazas said. “There is a process to everything and the guys on the team know that with a lot of underclassmen stepping up. And, we are confident in our abilities as a team going forward into the rest of the season.”

With the leadership group, they have put together they’re confident that the job will get done.

Coach Brandon Carpenter (Carp) tells the team that if they want to be a great program, the kids have to lead other than the coaches.

“It is important to keep the team’s head up and keep the energy flowing. Coming to work at practice everyday and giving it our all will help do that,” senior Gannon Tullos said.

While the senior leaders Tullos, Jake Huffsteadler, Chris Twardowski, AJ Broussard, Drake Watson, and Charles Garrett (Tank) are important, Klein Oak is also looking forward to the younger guys to step up as well. Even with the lack of younger players, the ones the team does have are making an impact on and off the field. They’re staying prepared for their opportunity, always coming ready to work and doing all of it with a smile on their face. Stepping in and learning from the older guys, they feel more comfortable in knowing they’re a big role on the team as well.

“I reassure them the season has just begun and we are learning how to better work as a team and not lay our heads down,” junior Malachi Oldacre said.

Although the team faced a couple rough losses, they’re finding ways to look at the positive through it all. Knowing that the season isn’t even close to being over, the guys fight and look ahead to their next task.

“We keep our heads up and cheer on our teammates. This is just the beginning, and they will see what we’re about soon,” sophomore TJ Jones said.

While their record doesn’t represent the heart on the field, the coaching staff is trying to find ways to keep the team looking ahead which isn’t an easy task to do but they are relying on the players to build each other on and face each struggle together.