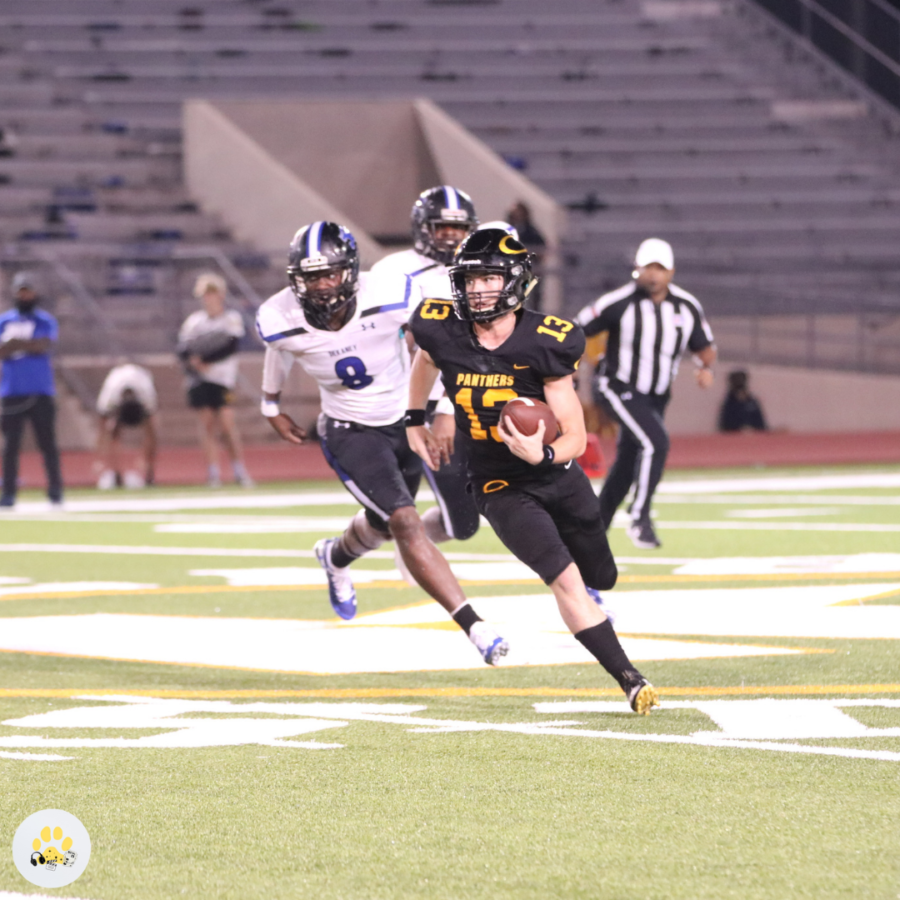 Football is back like it never left. The Klein Oak Panthers are looking to build off their last season performance. With some new additions to the staff, they’re feeling confident in the program. Even with new faces on the team, returners have been stepping up and taking the reins.

“They can bring energy to a group of returners. And we have enough people coming back to know what we need to do to get done,” senior Drake Watson said.

However, Head Coach Brandon Carpenter (Coach Carp) has some new ideas to build off of last year. Yet, the Panthers are still keeping the same motto, ‘All In,’ even being under new direction.

“I’m teaching the kids how to trust the guy on their side of them to get the job done with our new motto ‘O Block’. I’m telling the guys to take it one day at a time; our season is in our hands,” Carp said.

Even though Carp’s coaching style is different, the guys on the team have all remained committed to the program and are playing as a team with no individual goals, only focusing on team goals while holding the team to a player-led team and not a coach-led team.

“The players on this team put a lot of time and effort in the summer and the offseason for this. So, we’ve been together for so long we know what our guys are capable of and we believe we’re going to get the job done,” senior Caydon Carpenter said.