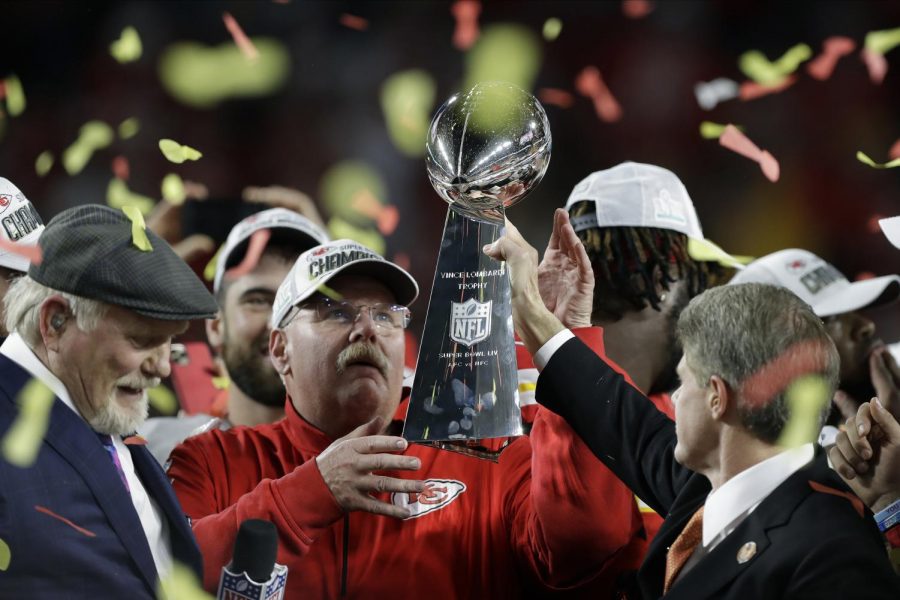 History repeats itself, except when it doesn’t. The San Francisco 49ers faced off against the Kansas City Chiefs last Sunday for the 49ers second Superbowl in Miami. It was an exciting Superbowl, to say the least, with its many lead changes and the virtual unraveling of the entire 49er’s team, helped reigning league MVP Patrick Mahomes and company secure their grip on a Superbowl championship, a title they hadn’t been able to call theirs in 50 years.

“I wanted Jimmy Garoppolo to get a ring,” senior Blaine Birner said. “Although, I knew the Chiefs had too many offensive weapons and you can only stop that for so long.”

Heading into the 4th quarter, as San Francisco held a 20-10 lead, the sun was beginning to shine on their hopes of gaining a sixth Superbowl win. However, Mahomes began to click with his offense, and with the combination of the MVP and wide receiver Tyreek Hill, the threatening duo came on strong.

The seven minute comeback began on a 44-yard pass play from Mahomes to Hill on third and 15, otherwise known as do or die. Only a few moments later, Mahomes ended the drive with a 1-yard touchdown pass to star tight end Travis Kelce. Starting the process of untangling the 49ers double-digit lead just like they did to the Tennessee Titans and local favorites, the Houston Texans.

After a failed drive from San Francisco, the defense needed to straighten out themselves and clutch. However, Mahomes had other ideas. The Chiefs offense began marching downfield petrifying 49ers fans. Former Miami Dolphins running back Damien Williams closed out the drive for the Chiefs with a 5-yard touchdown reception from Mahomes. Reversing the roles and handing the Chiefs a four point lead with less than three minutes remaining in the game.

“When Kansas took the lead in the 4th quarter, I knew the game was over I knew we had done it. The Chiefs were the champions,” junior Olivia Benson said.

The Chief’s offense got another chance to score and put Superbowl 54 to rest, and that’s exactly what they did. Williams once more scored while tiptoeing into the end zone with just over one minute left, handing the Chiefs a convincing 11-point lead.

Following another unsuccessful drive from the 49er’s offense, the Chiefs’ were able to clinch a Superbowl championship.

In the end, the total collapse of the 49ers will be one for the NFL history books.