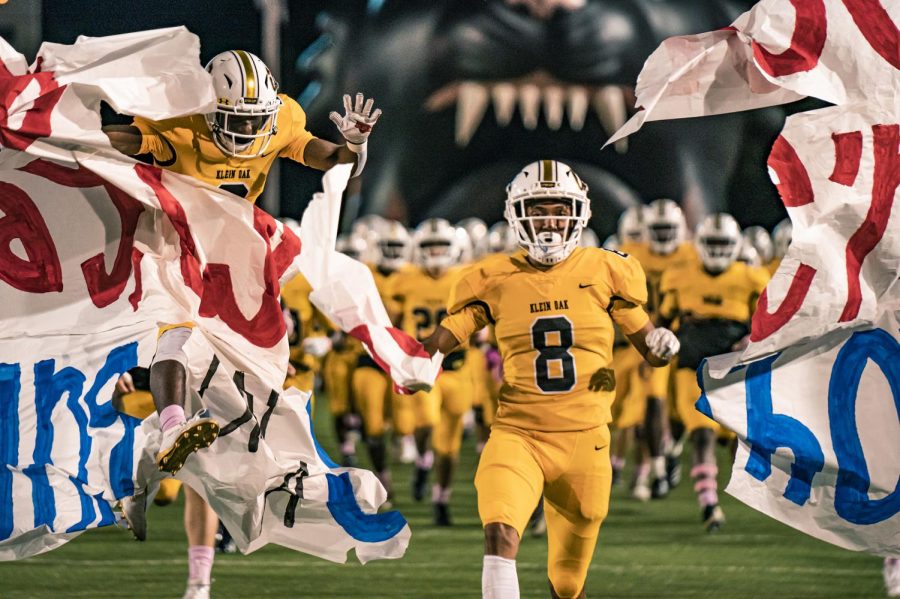 The Panthers took the field against the College Park Cavaliers to take home their sixth straight win of the season in a 9-7 victory. Now they face the Klein Cain Hurricanes tonight in the final district game before playoffs.

The Klein Oak Panthers will face off against the Klein Cain Hurricanes this week as the Panthers look to close out the season with their 7th win in a row and a convincing 9-1 regular season heading into the playoffs.

Only, this is just blind optimism. The Panthers are favorited statistically, as the Hurricanes are 5-4 heading into this week’s game and Oak will be its biggest competition thus far.

However, this is football, and anything can happen.

Taking a more detailed look at this week’s matchup, the Panthers overall are on fire. The offense is moving the ball consistently and scoring against better defenses than the one the Hurricanes will present today.

On the defensive side of things, the Panthers are looking fierce. The defensive backs could quite possibly be the best in the district and the same could be said for the defense overall. If the Panthers stick to their game-plan and their strengths, then a win is in sight.

With this being the final regular-season game of the year, it’s also perhaps the most important. Although we did beat Klein Collins a few weeks ago they are the first in the district right now since they have played one more game than us this season. But even though we beat them and handed them their only loss of the season so far, the best we can do is tie for district champions… statistically.