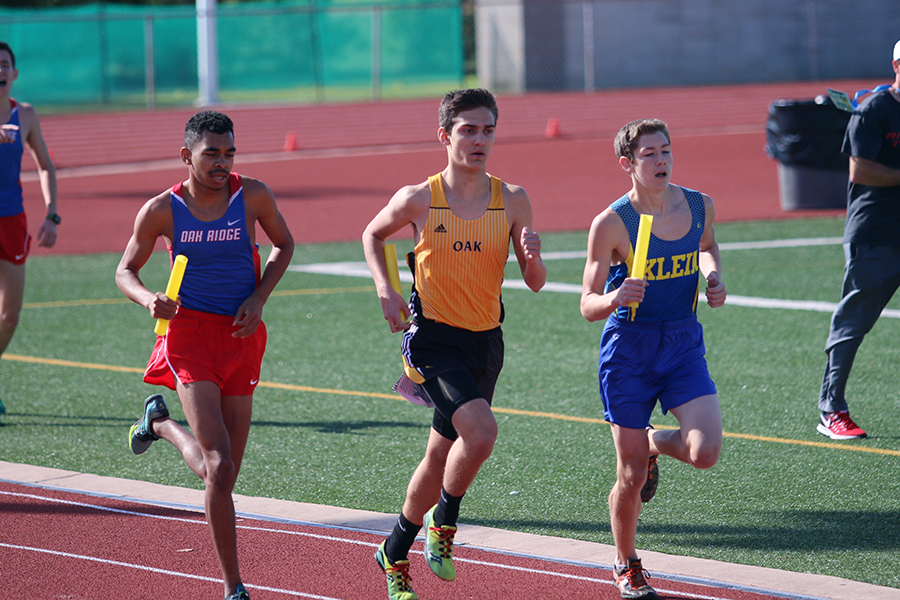 Track and Field started the season in January with many personal records from JV and Varsity athletes. Throughout the season the runners, jumpers, and throwers came in every morning around 6:00 to work on their progress so that the season could be as productive as possible.

“I loved working with the girls this season” Amber Williams, head girls track and field coach, said. “If they continue to listen and work hard they can go far.”

The Varsity team had a productive season competing with the new district; Klein, Stratford, Memorial, Klein Collins, Spring Woods, Klein Forest, and Northbrook. Stratford and Memorial were top competition with the distance runners and the four Klein schools competed for the top place among the sprinters.

“At our district meet, we got a lot of people to move on to Area at Klein High’s stadium.” Freshman Harland Ackers said. “Many of our girl relays moved along with a distance runner. For the guys we got a few relays and an 800 runner and we got a distance runner for the mile.”

At the Area meet, many of the relay teams got a spot to compete at regionals. There were individual athletes as well including a distance runner, two throwers, a sprinter, and a pole vaulter. Each competed at Klein representing Klein Oak.

“Peyton was so fun to watch.” Junior Kassidy Burrow said. “After I competed in my two events I got to enjoy the Baylor campus and watch everyone else compete.”

Peyton Mickelson moved onto State with the guys 4×200 team which was held at the University of Texas in Austin on May 11-13. She competed and placed 7th overall with a jump over 12 feet. The guys relay team ran their best time ever and got a new school record. This is the first time in 10 years that the 4×200 relay team made it to state. This season the coaches saw the most improvement among their athletes.

“I had such a great season this year.” Freshman Bella Contreras said. “It is a great well-knit team and we get along so well. It is like having a second family that always had your back.”