Old School halftime show draws in fans of all ages 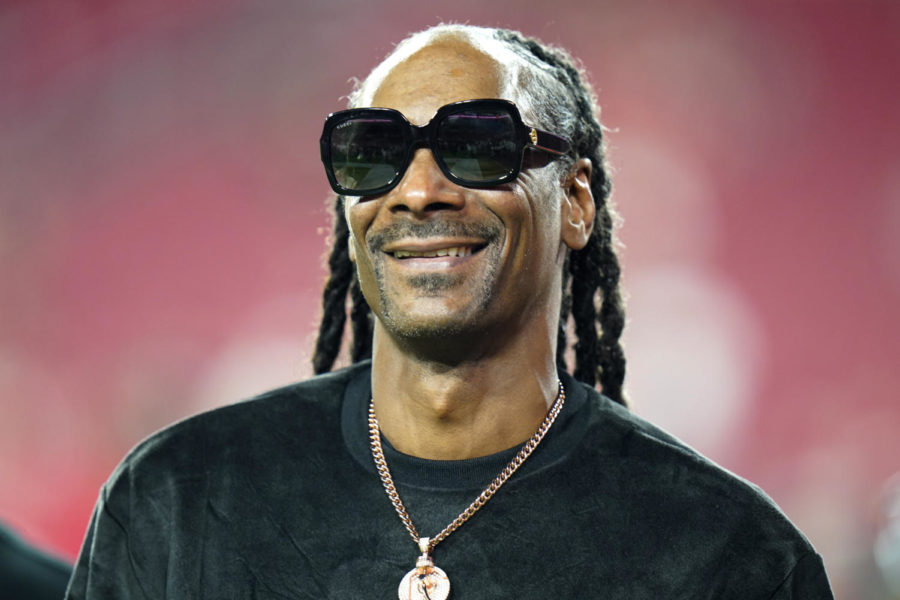 Entertainer Snoop Dogg walks on the field before an NFL football game between the Tampa Bay Buccaneers and the New Orleans Saints Sunday, Dec. 19, 2021, in Tampa, Fla. Snoop Dogg says he won’t let the big Super Bowl stage rattle his nerves. The ultra-smooth rapper said he will worry about his upcoming halftime performance after the fact. He’ll take the stage with Dr. Dre, Eminem, Kendrick Lamar and Mary J. Blige during Super Bowl 56 on Sunday, Feb. 13, 2022.

Two underdog quarterbacks will clash in the biggest game of the year, Super Bowl LVI. The Cincinnati Bengals beat the defending AFC champs Kansas City Chiefs in overtime by three and the Rams beat the San Francisco 49ers who beat them the last six times they played while coming back from a ten-point deficit in the 4th quarter to get to the top game in the NFL. Sports fans will get the chance to see two underdogs face off at SoFi Stadium which is the Rams home stadium.

But one thing drawing most non-football fans in is the anticipated halftime show. Viewers get to see big stars such as Eminem, Snoop Dogg, Mary J Blige, Kendrick Lamar, and Dr. Dre performing some of their greatest hits.

“This is an exciting list of performers but the one I’m most excited about is Kendrick Lamar,” senior Parker Bing said. “He’s one of my all time favorite rappers and I’m super excited to see what his performance will look like on a big stage like that.”

The anticipation of the halftime show will keep people in tuned with the game just because of the impact the performers made in the music industry in some way.

“When I saw the list, there was one name that popped out instantly and that was Eminem,” freshman Ethan Escamilla said. “I’ve grown up listening to him and I couldn’t believe they added him to the list; I just hope he performs a lot like old school Eminem.”

With the types of songs they sing and the different swags they have, it can vary with the audience. There’s not just one style of artist so that helps with different people’s preferences.

“I would put [this show] up with those top performances in the past years because you have people like Kendrick Lamar, Snoop Dogg and Dr. Dre all being from California,” senior Nick Simpson said. “Also throwing in Mary J Blige in the mix adds a different dynamic because she’s more of a singer. Kendrick brings in the younger generation but having Snoop Dogg and Dr. Dre will bring in the older generation as well.”

Adding all these favorite artists makes the game more interesting because it’s already exciting by having the underdogs meet in the biggest game of the year.