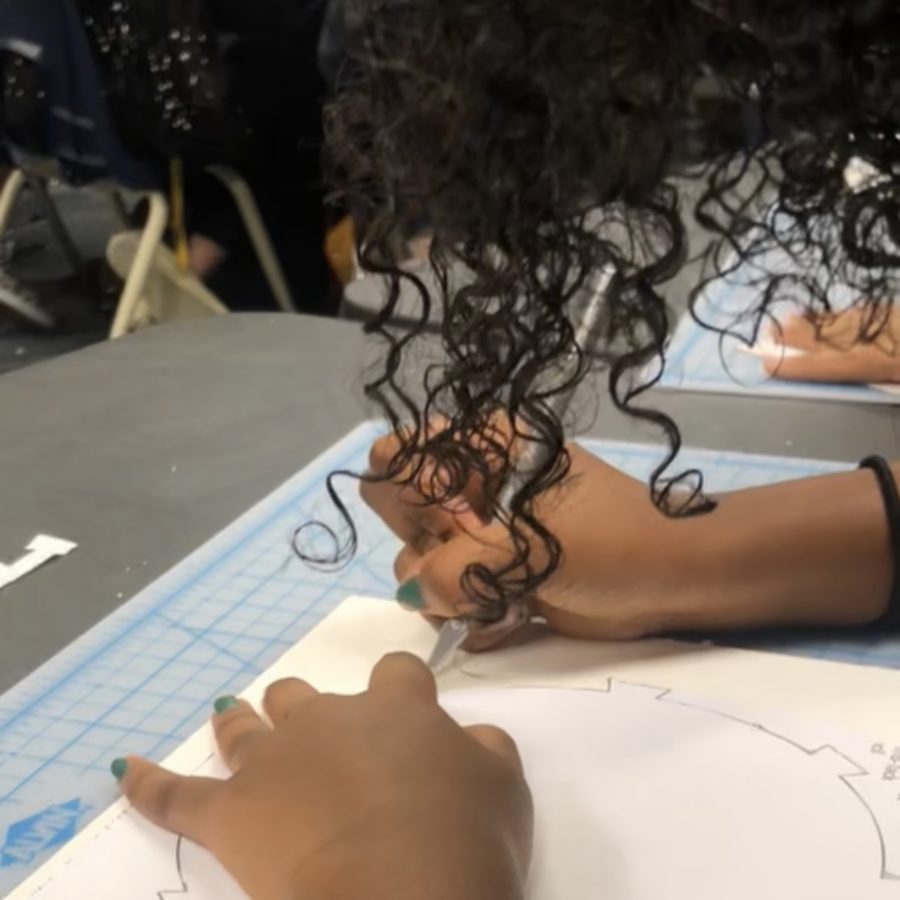 Deysa Bennett cuts out and constructs a Zoetrope. According to the Merriam-Webster, a Zoetrope is "an optical toy in which figures on the inside of a revolving cylinder are viewed through slits in its circumference and appear like a single animated figure."

In many cartoons, games and movies, animation is involved. All these animators began somewhere, and a key place to begin is the Principals of Animation course.

Anyone can take Principals of Animation, but it’s perfect for students who see outside of the box and enjoy creating.

“Animation is open to anyone, but if you have a creative mindset, you are going to flourish in here,” animation teacher Bradley Threadgill said. “It’s all about being creative,”

Students each day work on projects that are mostly directed by the students’ ideas.

“We’re doing a stop motion project, and my group decided to make LEGOs racing for hand,” freshman Ariana Guerrero said. “We take back-to-back pictures and put them together with sound effects to make an animation.”

In this stop-motion project, students take consecutive pictures of each individual movement, and when they put the images together, it creates a fluid animation.

“We draw a lot, build and take pictures that go together to make animation,” Guerrero said. “We learn how to use the basics of Adobe Animate and Premiere Pro.”

Students are given the opportunity to learn how to operate the programs which is useful for students who look to continue in an animation career.

“If you’re wanting to pursue an animation career, taking it now in high school gets you closer and ahead of the game when you go to college,” Threadgill said. “Or if you decide not to go to college and you freelance, it gives you a good steppingstone for the freelance world.”

Many of the skills learned can be connected to the real world. Some jobs even require the usage of some Adobe products that are taught to a base level in the course.

“If you’ve ever watched an animated movie, played a game or anything where you see animation and think it’s fun, then this is the class for you to try out,” Threadgill said.