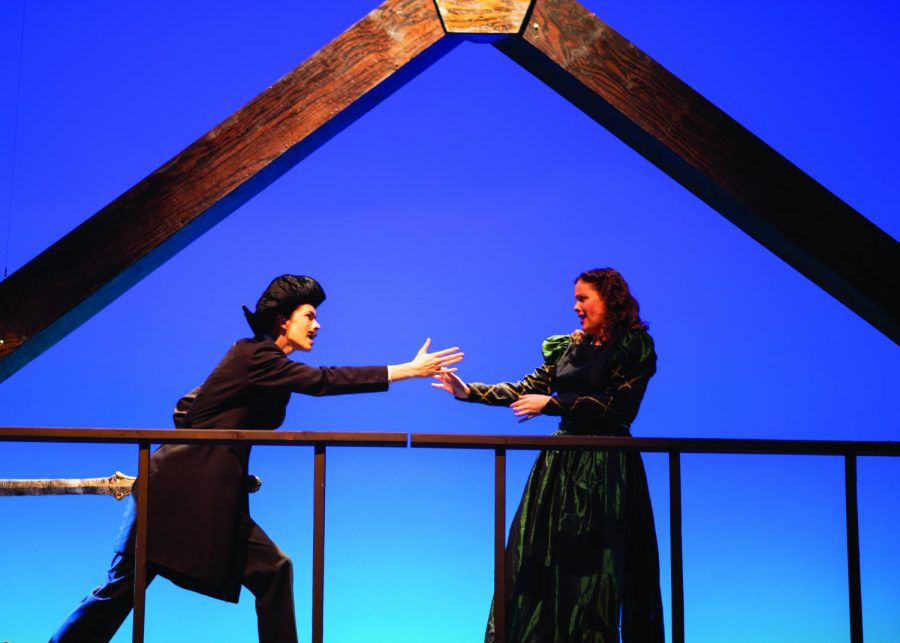 Theater students prepare for each night of the student musical of Little Women. Students stayed after school, sometimes as late as 11p.m., to make sure the audience would have the best experience possible.

People have seen the cinematic adventure, they may have even read the book, but they have not yet seen the musical. The Theatre Department is coming along with their rendition of the musical Little Women. The first curtaining went up on Jan 25, and the other performances are Jan 31, Feb 1 and 3 are all at 7 pm, with an additional performance at 2 pm on Feb 1.

Without a theater, the students have been commuting for the week of Jan 19 to put together the musical which they will perform at Lone Star Tomball.

This story takes place during the American Civil War Era. While the father is off at war, the girls along with their mother are set to take care of one another. The intricate personalities and lives of the characters leads this empowering production. Jo, the main protagonist, uses her writing abilities to help her family.

“I have never related to a character more. It’s been so easy to play this character because of how much I see myself in her,” junior Ave Bryant, who plays Jo March, said.” She is very opinionated and loud, which makes me feel free.”

Playing these characters helps helps express the theme of not giving up on your own dreams.

“When I was younger I was [taught to] “just astonish the world,’” freshman Christiana Coker said

The production is based on a true story of the four March sisters back in the late 1860’s and the audience will move through their lives, experiencing the bad along with the good.