Gender stereotypes should be retired 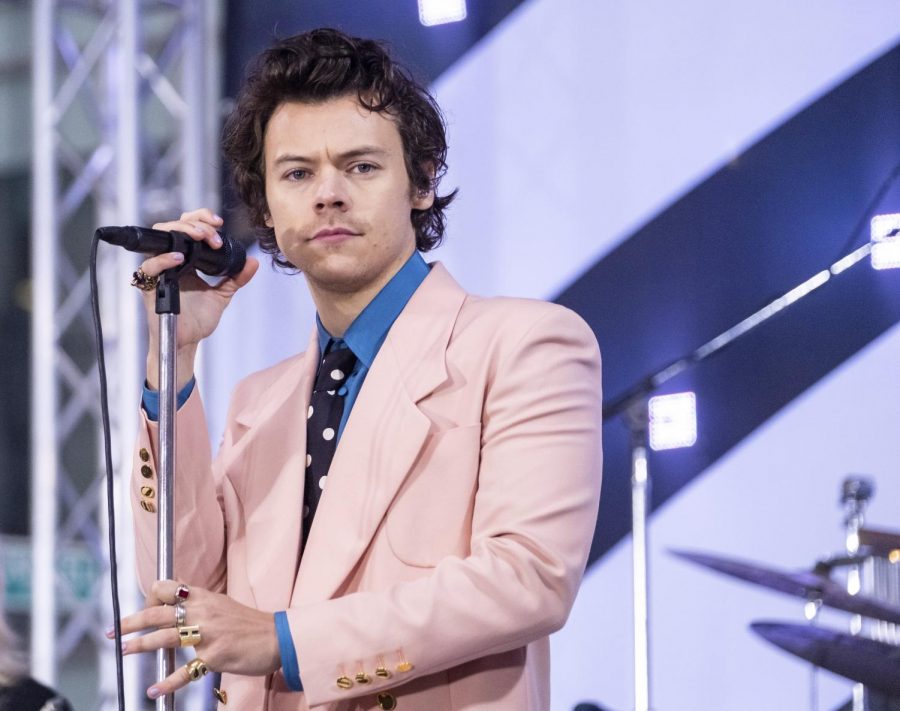 Harry Styles performs on NBC’s Today Show wearing a baby pink suit, a color traditionally associated with femininity. Styles is known for wearing clothes that fit what some people label as non-masculine; recently, he wore a dress for a photoshoot that famously drew criticism from speakers like conservative voice Candance Owens. The backlash he’s received for doing nothing more than dressing how he wants to reflects the necessity in our society to let go of terms like “feminine” and “masculine.”

What is “femininity?” A wide range of concepts are stuck to that label depending on who you ask. Is it wearing makeup or skirts? Is it being gentle and compassionate?

Countering that, what is “masculinity?” Is it dressing in suits? Is it refusing to cry when something makes you sad?

I think everything defined with the label of masculine or feminine, no matter how harmless the context, perpetuates stereotypes and unnecessarily gendered thinking. Because of this, I advocate for moving past the use of them and simply describing activities and behaviors as what they are without a connection to gender.

The first example of how these concepts are harmful is easy to explain. For example, deciding that being empathetic is a feminine trait implies that being masculine is the opposite. This could push impressionable young children into trying to suppress emotions in order to fit into one category or another. Considering the fact that these terms traditionally exist in a binary system, it forcibly creates two extremes and makes the assumption that people innately exist within one or the other.

This is fundamentally flawed.

Wearing makeup should just be wearing makeup. A guy who chooses to do so isn’t feminine; he’s just, quite simply, someone wearing makeup. A girl who plays football isn’t masculine; she’s just someone who plays football. By labelling any action or state of being as feminine or masculine, it projects gender stereotypes and the idea that being born or identifying a certain way inherently correlates with a set of activities or behaviors. Because of this, I believe we should move away from the use of words like feminine or masculine.

Recently, I’ve come across men on social media platforms like TikTok who wear earrings and clothing items like crop tops. Some people, within their words of praise, have labelled these guys as feminine. While I applaud them for being supportive and realizing that there’s no wrong way to present oneself, I think labelling them that way is inseparably damaging because it puts them in an “other” category. It seems to imply that they aren’t behaving like the average man but are instead dabbling in feminine activities— the woman’s sphere. Why isn’t it a “manly” thing to wear makeup? In fact, why does something have to be “manly” to begin with?

Those behaviors shouldn’t be associated with femininity because it perpetuates the idea that innately most men would not engage in them which I believe to be false. If raised in a world without any gender stereotypes, I think those identifying as men would be equally as likely as women to partake in any given interest.

On the opposite end, I’ve seen the same thing happen to women with the term “masculine.” By lifting weights and showing off her muscles to a Rasputin music trend, I’ve seen a TikTok creator labelled as masculine. It was said in a complimentary manner, but why must that defining term exist? She’s a person. She lifts weights. The end. Her activities don’t need to be associated with a specific gendered concept like masculinity.

These terms also create a grey space for those who aren’t men or women. This includes people who use the pronouns of they/them or don’t otherwise align with the gender categories of men or women. For example, where do nonbinary individuals fit in a world that tries to label everything as either feminine or masculine? Those two terms promote a way of thinking that doesn’t leave room for people who don’t align with either traditional extreme. If a nonbinary individual presents as primarily feminine or masculine in a present reality where those concepts are still connected to gender, some people might use that as fuel to wrongly invalidate their identity.

However, I don’t believe everyone’s use of the words or choice to identify themselves as more masculine or feminine is harmful. For some, these can be empowering labels or accurate descriptors of what one’s attracted to. There’s nothing wrong with being a woman who fits what’s viewed as traditionally feminine or a man who fits what’s viewed as traditionally masculine. The traits within either of those descriptors are absolutely not what I’m trying to criticize. It’s the words themselves and the idea that they embody “traditional” traits for the two genders that my complaint is against.

Fundamentally, I believe in the retirement of the terms masculine and feminine because I think they’re rooted in the idea that people behave and think differently depending on their gender— Something I believe to be blatantly false. If we are to build a world where everyone is free to be themselves and to be treated the same, we shouldn’t continue to describe their traits on an archaic scale.