“Don’t Touch Me There” 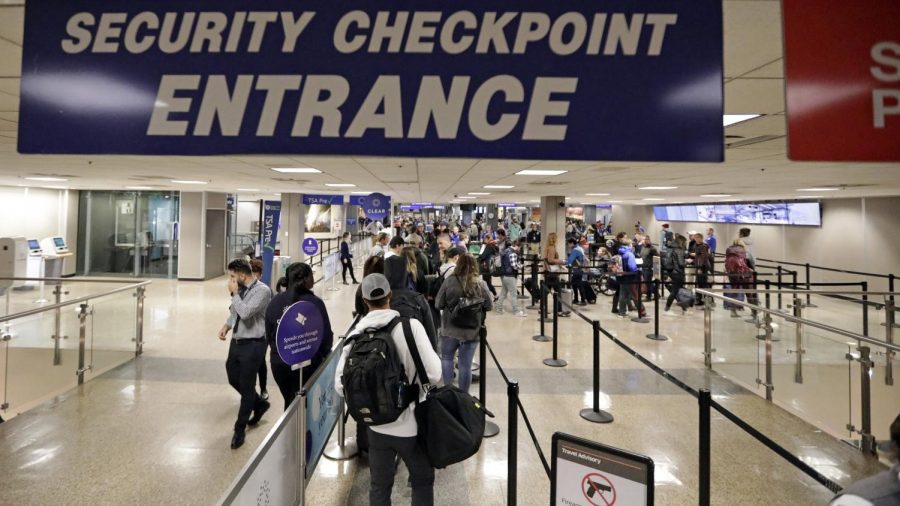 Entrance to the security checkpoint where airport officers make sure all passengers are not threats to others while traveling.

With the increased use of technology in airports, some airlines are able to ask for extra screenings of passengers of all ages and races by use of TSA (Transportation Security Administration) agents who follow protocols that exceed their rights. When traveling from city to city or to a different nation by air transportation, security inside airports has become overwhelming, not just in the U.S. but around the world.

In my recent visit to an airport, an unexpected event occurred that changed my whole view on security inside airports to one of shock and outrage.

Heading to Tocumen International Airport in Panama City, Panama (PTY) to travel back home to George Bush Intercontinental Airport in Houston (IAH) I had found that I was unable to download and use the mobile boarding pass on my app for some reason.

When I had finally obtained my boarding pass at the PTY counter, it had the Secondary Security Screening Selection (SSSS) on the top right corner that I didn’t even notice until I was told that a security agent was going to give me an extra examination because of that ‘secret’ code. The whole process of getting through security was weird, but what struck me as the most disturbing was the fact that I was pulled aside, not my mom, the adult with me (not saying that either of us should have been deemed a threat).

Keeping in mind that I had never experienced a body search before, I assumed that they were just going to do an extra check on my bag and invade my property, but no, they had to be extra thorough and proceed with the full-body pat-down. To make things worse, it was practically public, inside the boarding gate for all passengers to see, and to be frank, it was embarrassing.

Before beginning the procedure, the worker made two huge mistakes, firstly she assumed that I would understand her verbal instructions because I’m Hispanic and secondly, she didn’t care to ask my age or where my mom was until after she started. I am not going into full detail of the event, but all I can say is that I felt violated and my mom was enraged at their behavior.

So the question to consider is, when does airport security cross the line?

One of the most significant aspects of the extra screening of passengers that might seem suspicious by name, race, or travel patterns, but should this include everyone, even innocent children. These screenings can happen at any airport, and although I understand that violent, dangerous people travel the world, a child or a senior citizen, on the other hand, are not part of that mix. It is quite ridiculous that these officers, airport management, or government officials need to make sure a child is not a security threat to others.

Statistics show from the TSA Year Review of 2018 that over two million people a day pass through security, but only around 11.6 firearms are discovered per day at 249 of the 440 federalized airports. Think about it, the percentage of how many illegal items that are found cannot compare to the number of unreasonable searches because the probability is so low.

Not only is the inspection intrusive, but it violates parts of the Fourth Amendment of the U.S. Constitution, according to the National Academies Press article on Airline Passenger Security Screening: New Technologies and Implementation Issues (1996). This Amendment was designed by the founding fathers to protect citizens’ individual rights of privacy and defense against unreasonable searches and seizures. Granted that for these searches to be performed an individual must give consent, it can hardly be considered to be voluntary because if they don’t, they are practically forgoing his or her flight of which defeats the whole purpose of going to the airport.

The protocol for the SSSS pat-down, that I experienced, according to the TSA Security Screening article, is an inspection from head to toe, including more private areas. Despite the fact that an officer of the same gender is to use the back of their hands when performing this procedure, they may use the front of their hands to thoroughly ensure that a threat does not exist. The more I think about it, the more obscene it gets and for the chance of something like this being done to a minor just makes me want to throw up.

Drawing from my own humiliating experience, airport security has characteristics of traumatizing children by permitting TSA agents during random screenings to overstep individual rights by the Fourth Amendment and to invade personal bubbles in search of items that are illegal for a minor to be in possession of. Furthermore, I propose that security measures have severely crossed the line and that minors should not be pulled aside for an extra examination with the exception of instances where the scanners’ alarm detects something off.