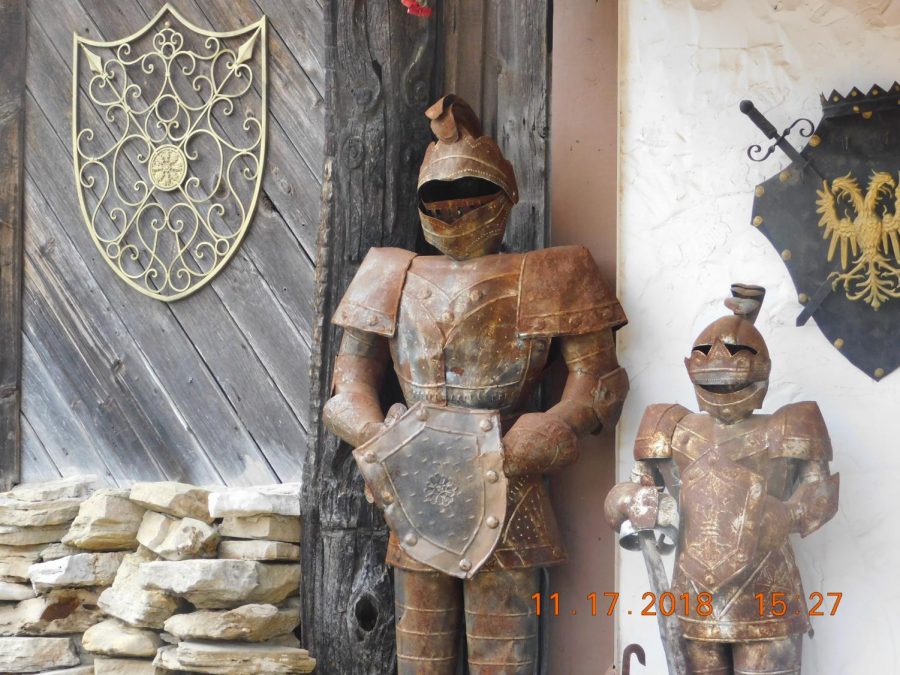 The Renaissance Festival scenery consists of a rich Medieval themed history. Dark colors filled the land, making visitors feel apart of the past.

Many people took a step into the past with the 2018 Renaissance Festival while experiencing good food, games, shows and a new theme every weekend to keep thing fresh. Going to this fair was something my family and I have wanted to do for years and we finally got the chance this year. I for one wanted to experience the past, however I was disappointed with unpleasant the whole thing.

Honestly, the weekend I went was a little strange for me, people just seemed dress up how they wanted and ignore the themes presented. Personally, I don’t like to go in costume, but there were so many people not regarding the subject of the weekend, which was Scottish Fling and not all were dressed up at all. Costumes were a matter of personal style. Not everything was school appropriate, as lots of skin was shown and men wearing kilts were raunchy and looked uncomfortable.

Next, the food at a festival is probably the most important part. What would a festival be without amazing food? From the moment we walked in, we were hit with the delicious smell of turkey legs, which for me was the best thing ever, making my mouth water. But the size of those legs were just humongous. I wasn’t able to eat a whole one, but my uncle swallowed it like it was nothing. One other thing about eating food at the Renaissance was that there was no place to sit and in order to eat we had to stand and juggle our food in our hands and arms.
The festival also offered games of the times, such as ‘The King of the Log’ was the first game we played. Although I did not want to do it myself, I loved watching my siblings and cousin go to battle. Another game was the archery competition. The plastic bows were huge and there weren’t any kid sizes for my younger sister, leaving her disappointed. Another game consisted of bouncing around at the bungee cord trampoline. Sadly, I was too old but now just looking at all of the kids doing it, I felt sick to my stomach. Lastly the ‘Amazing Maze’ was not amazing at all, I get that at some points there are dead ends, but at this one they tricked us and lead a long open way to nothing and we thought that we reached the end.

The one aspect of the Renaissance that I looked forward to the most was the jousting show in the main arena. Jousting is a sort of sport/ tournament contest between medieval knights in which two opponents on horseback fight with lances. There were actually four opponents in this tournament and a short introduction to each side. But the thing that disappointed me the most was the fact that it was over very quickly. The arena was so large that the speaker’s words were slurred and I couldn’t understand a thing they were saying. The ending was really pathetic with the fake sword fight with light hit here and there as the actors tried to make it look real. When they jabbed to finish their challenger off, the color of their blood was the color of which side they were on making it look cheesy.

Overall, going to the Texas Renaissance Festival was an experience to remember, with some dissatisfactions in the horrific costumes, food and jousting show. Also, regular admission prices at the gate run $32 for adults and $17 for kids and then plus everything else you buy in the festival can quickly add up making the experience worse on people when they realize how much they spent at the end. I truly believe that if you like food, fun games that are medieval and adventurous and most of all watching medieval shows and plays, this is the place to go if you want to have fun.