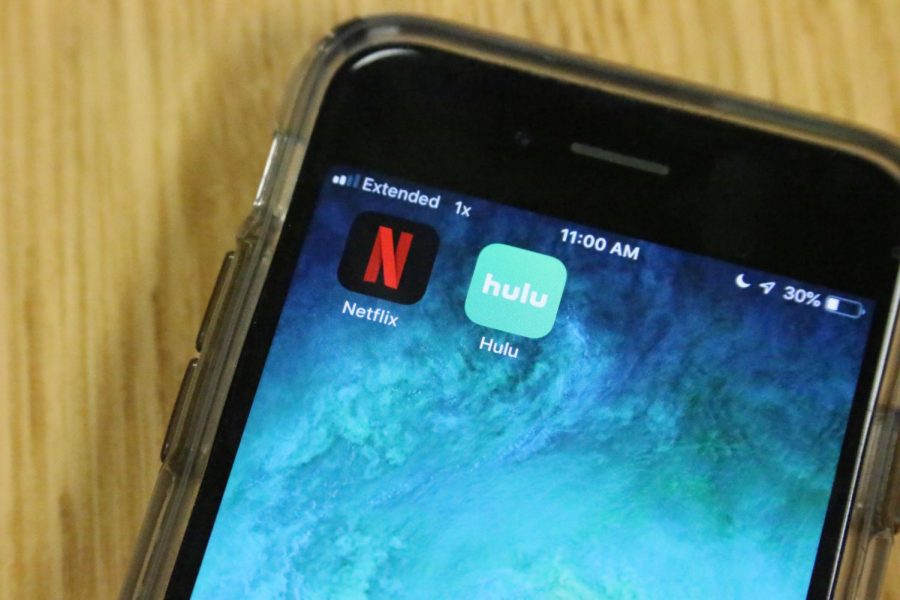 After mentally draining school days, one might look forward to getting home and throwing their backpack in a corner to set off their relaxation. That’s exactly what I do. Once I sit down and get comfortable, I can either choose between Hulu or Netflix and Hulu is the winner every time.Hulu is the best option for me, as the updates are constantly providing more timely shows and movies.

No one wants to see the same shows for several weeks. After a while, I’ve memorized that one TV show that caught my eye in the beginning but isn’t as fresh anymore. The clichè horror films that have happy endings for the unexpected lovebirds, the action/adventure films you never knew existed and the comedies that don’t tickle your funny bones the right way are just wasted space on Netflix.

Scrolling through Hulu and having my favorite shows back to back are what dreams are made of. A few updates later, I have eight seasons of current that show I binge watch that recently aired also with heaps of new shows to get to know and love. Pretty soon, it becomes nearly impossible to decide what to get attached to.

Hours may pass and I’ve watched five movies, each one with a bright thumbnail, gripping synopsis and relatable characters. With Hulu, it is no longer a game of finding the needle in the haystack of shows that have just about as much amusement as a World History PowerPoint.

Strangely, others may protest that Netflix also has the numerous updates a month, good shows or equal difficulty when deciding what is suitable to watch. They can consider that Hulu updates can happen randomly at times. A new update could happen in the middle of the week when I’m just about ready for the weekend, or on a Friday when all that matters is that bell that rings at 2:45 pm.

Both media outlets have their perks, as well as downfalls that would push me to watch cable, but if I give them a chance, my discoveries can go beyond a go-to movie, prompting me to take a liking to something I may not have been interested in previously. Hulu does just that.