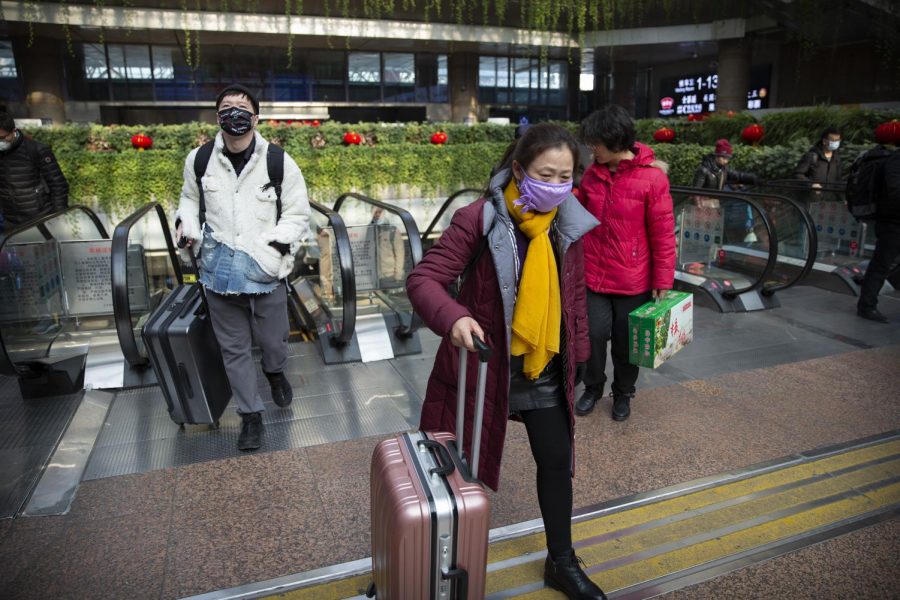 Hong Kong citizens wear masks to protect themselves from the Coronavirus that has paralyzed the special administrative region of China.

First a WWIII scare, then wildfires in Australia and now a new virus is sweeping over the world. The infectious disease began in Wuhan, China but quickly spread beyond the country.

“I believe the classification of the novel Coronavirus as a global health emergency by the World Health Organization is necessary to garner international cooperation in controlling the outbreak,” HOSA member and junior Aidan Colon said. “But the media does again contribute to the fear of the general public which is a problem that is not being addressed currently.”

According to The New York Times the number of cases is 44,653 and a reported 1,113 lives have been lost. The Coronavirus recently passed the death toll of  Severe Acute Respiratory Syndrome (SARS), another virus that went around mainland China between the years 2002 and 2003.

“Current evidence shows that it’s less fatal than yearly flu strains,” Colon said. “Many of those were people with underlying health conditions or young children.”

Teenagers took to the screens to deal with the virus in their own way. Online a new meme going around is a list of different plagues such as the Bubonic Plague in the 1320s and the Great Plague of Marseille in the 1720s. However, the Coronavirus has been most compared to the infamous Black Plague which occurred in the 1420s.

“I don’t think this virus will be the next Black Plague,” Health Science instructor Jackie Carver said. “The Black Plague occurred centuries ago when we had no understanding of how diseases were spread and how to treat them. Today we have the knowledge to quickly create vaccines and prevent the spread of the virus.”

In attempt to stop the virus from getting around, a Coronavirus hospital located in Wuhan was constructed in just 10 days. It includes 1,000 beds, covers 60,000 square meters, and employees 7,000 people. Some people think that if a whole hospital was built for this virus that it may be worse than the government is letting us believe.

“The Chinese government is downplaying it. It has been going on for awhile in China and they’ve been trying their best to cover it up. The truth always gets out,” Freshman Elijah Guerrero said. “The US government really should give more attention to it though; we need to be prepared.”

“Mainly because the risk is low in the US, I don’t think they are downplaying the virus,” Carver said. “The news I am hearing is more a matter of fact.”

Because of the news, travel restrictions have been put into place in Houston. The restrictions state that commercial flights from China will not be allowed to land in Houston until the virus is controlled.  Even though efforts are being made, it could possibly be too late.

“It’s bound to happen, especially since they didn’t close the border and restrict air travel,” Guerrero said. “It’s terrible that it could’ve been easily prevented.”

Due to the late efforts, college students from Texas A&M and Baylor recently had to be tested for the Coronavirus. Fortunately, both tested negative. Concerns and worries will keep being uncovered as more information gets out.

“What concerns me about the virus is that you can spread the Coronavirus without having symptoms,” World Health Research student and senior Chase Tyce said. “This means that government expected cases are seriously undervalued.”

Like with any situation, the internet is affecting the fear of the public more and more as we move forward. Millions of memes and Tik Toks have been created, plainly being racist towards the Asian population simply because of where the virus came from.

“The most concerning part about the virus is its harm to society. The media coverage creates an overinflated fear stigma that is presenting challenges in Chinese economy: restaurants are vacant and food produce isn’t being replenished,” Colon said. “That will likely extend to global economy to some extent as well.”