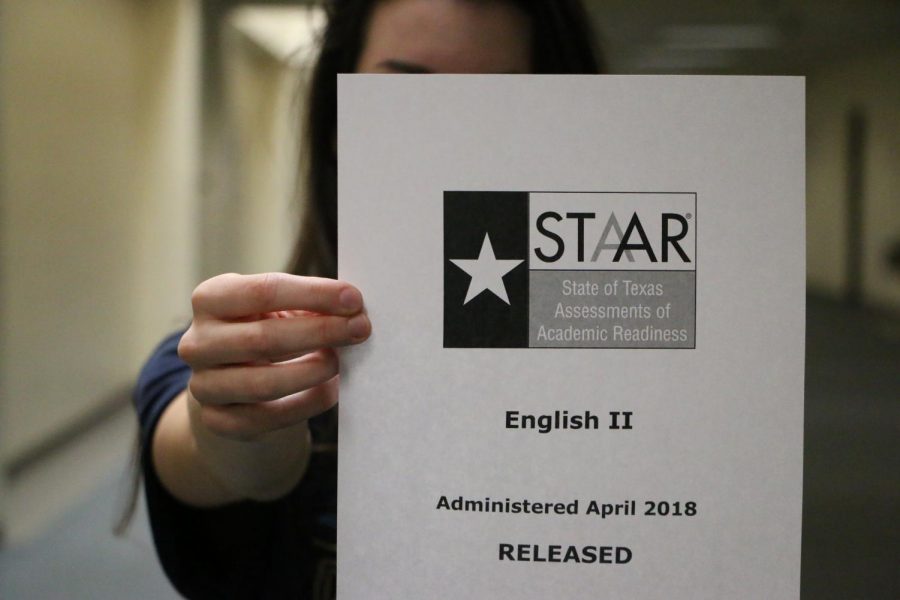 As students prepare for a week of fun in the sun for Spring Break, teachers of core classes prepare for the upcoming STAAR testing months. If some Texas state lawmakers have their way, the STAAR test may be gone by next school year.

The State of Texas Assessments of Academic Readiness, or STAAR, test brings out mixed emotions in all who must deal with it every year. Students argue that the stress it creates could be avoided and is unnecessary. But some teachers say the test is a reliable tool to see how well their students have been paying attention in class.

The State of Texas has taken notice of this conversation thanks to Representative Brooks Landgraf who recently introduced House Bill 736 which would effectively eliminate the STAAR test and passing it as a criterion for a graduation requirement.

“This bill will allow us to get back to the basics of education so that Texas students are prepared for college, the workforce or the military when they graduate.[/pullquote],” Landgraf said in a recent news release on www.house.texas.gov.

The state mandated STAAR test was put into effect in 2012, replacing the TAKS test that had been Texas’s standardized test for a consecutive 10 years starting in 2003 and ending in 2011.

Students and parents have complained that the STAAR is more about testing stamina than their knowledge of the subject at hand. It shows, the scores on the test in the last five years have been slowly becoming lower and lower, which raises the question if the STAAR should be scrapped altogether.

“Teachers put a lot of effort into having these tests but yet the feedback that comes to people is nothing that means anything at all to them or the students,” State Board of Education Chairperson Donna Bahorich said in a Houston Chronicle standardized testing story last July.

The Texas State Senate has seen and analyzed the public distaste for the standardized test. Landgraf of Odessa has designed the bill aimed towards repealing the STAAR test. The bill was put to the floor on Jan. 10 and Landgraf made the statement that the state should value teaching or testing.

Other lawmakers like Senator Jose Menendez have also committed to filing similar bills as the debate heats up. Menendez would like to at least halt the test for two years while it is investigated more fully.

In the past, state leaders have proposed the possibility of not having a standardized test but have always been shut down before it reached the floor due to the Senate seeing the test as something the school system needs as a view of the students’ progress.

“The test helps students comprehend certain subjects and understand what they still need to learn,” freshman Madison Miles said. “While many may not enjoy it, it is very necessary,”

The prospect that standardized-testing will continue after the STAAR replacement or dismissal in the coming months is a gray area.

In addition, the rigorous preparation in the months leading up to the STAAR is taken seriously by teachers in class and students are encouraged to study on their own time to be as ready for the test as possible.

“For an advanced class, we normally take three weeks to study and review for the test. If it’s and on level class, we take a solid month,” sophomore English teacher Riley Peters said.

Many opponents of the STAAR say the problem with a large amount of reviewing and studying in class during the one to two months leading up to the STAAR is the amount of time spent reviewing takes away from instructional time and enrichment.

“The STAAR test causes students to stress but helps practice the testing skills you will need in the future,” sophomore Colin Lovelace said.

As of March 6, no date has been set to vote the bill into law.