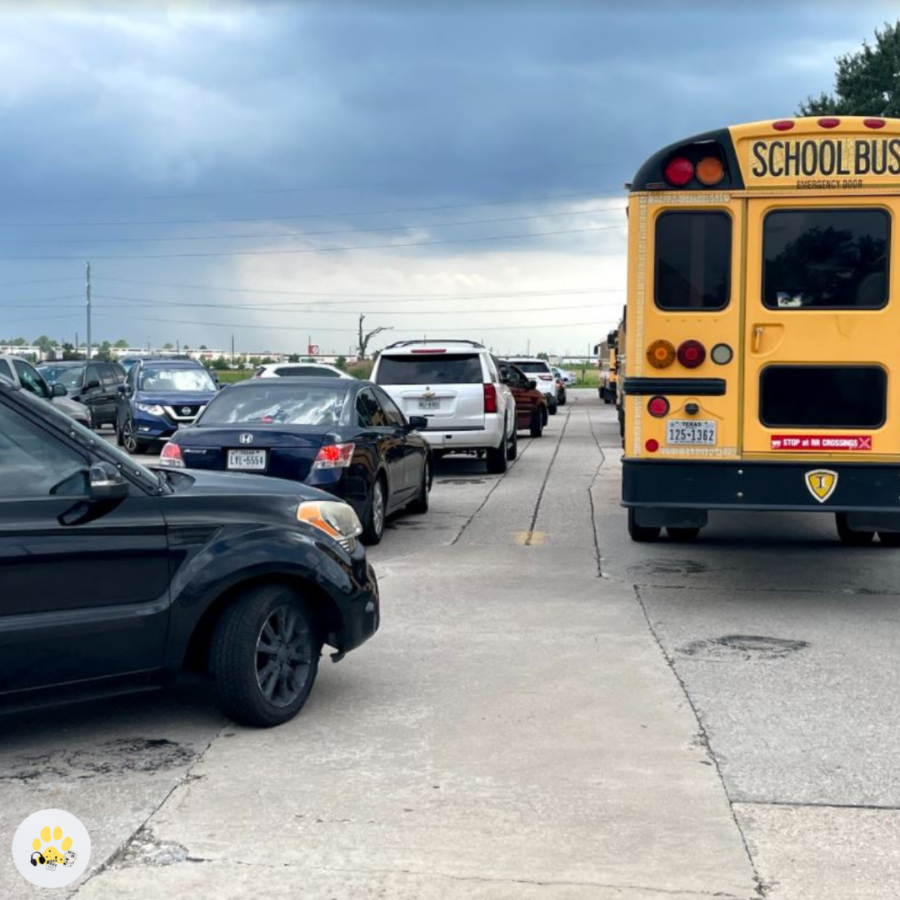 Lines of buses and cars wait to get out of the south lot right after school. “There was an incident a couple days ago where a car pulled into the exit during peak traffic time after school...another car pulled in behind… causing one of the lanes to be stopped up,” Cole said.

The beginning of a new school year introduces new classes, teachers, and parking spots. Because more students are on campus, spaces could run out for sophomores, juniors, and seniors.

“Last year, not everybody was on campus. I never had to worry about running out of spots because not everyone was here,” Assistant Principal Francin Wilder said.  “This year, everybody has to be back on campus and we only have 700 parking spots for students.”

Due to the correct documentation being mandatory when completing an application, not just anyone can be guaranteed a spot on campus.

”I post it[information on parking] on the Klein Oak website, it ends up on the Twitter page and all the social media and it explains what you have to have. You have to have a valid driver’s license and insurance listing the student’s name as a driver,” Wilder said.

Furthermore, circumstances for some students of not being eligible to receive a parking pass leads to untagged vehicles parking in taken spots. This creates a new situation for those tagged cars to find a place to park, just like senior Elijah Dendinger, who had the same problem occur within the first week of school.

“I ended up bringing it to the freshmen front office and they told me they’d send someone out to look. I parked in the spot next to mine but they had told me next time to park in a visitors spot,” Dendinger said.

This isn’t the only predicament that has occurred since school has started as there have been theft incidents in both the north and south lot. Such as four catalytic converters being stolen as police have gotten involved and have an ongoing investigation.

“Parts [catalytic converters] being stolen from the cars is now a police matter. I know they are handling it,” Wilder said.

There has also been an increase in slowed traffic compared to last year when a portion of the students were online.

“It takes forever to get out of the parking lot. It is also very dangerous when exiting because the amount of cars blocks the view of oncoming traffic,” senior Aubri Cole said.

Traffic is not the only thing that has filled the street but also the amount of spots in the south lot have filled up completely.

“The south lot is full. This is indicated on the application. If students apply for the South lot, their name is added to the waiting list until a spot comes available. It is likely that spots will come open. Students may purchase in the north lot while waiting on a spot in the south lot,” Wilder said.