Hype House Has the High Ground 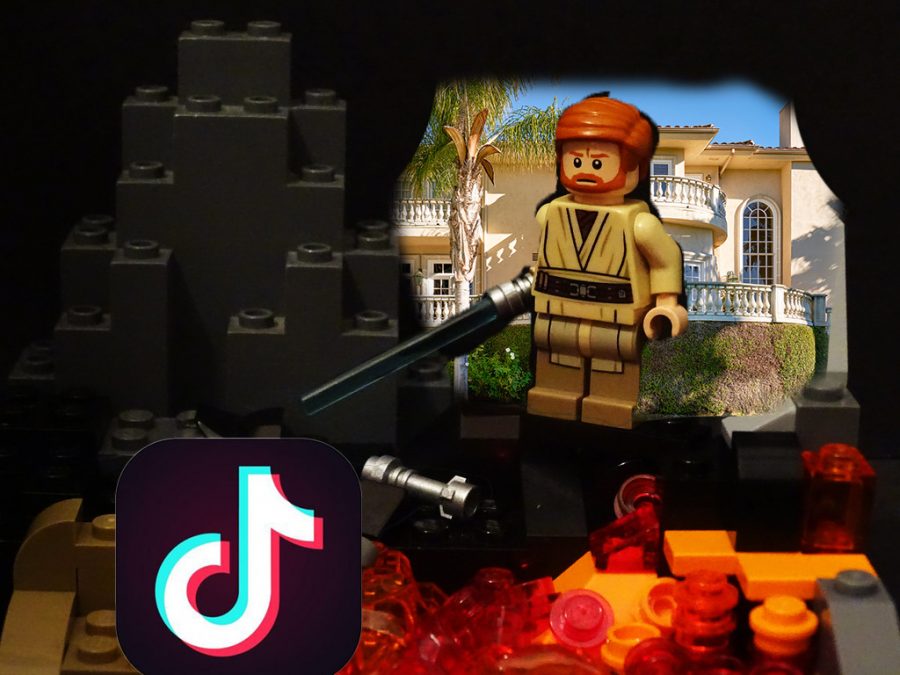 The Star Wars trends have taken over in attempt to rise up over the Hype House. The Hype House currently has "the high ground" which is a Star Wars meme.

Charli d’amelio, Chase Hudson, Addison Rae and Nick Austin. Just a few of the names of famous tik tokers who have taken over the app. However, average Tik Tokers are tired of not being noticed and have decided to make a rebellion.

As Tik Tok has grown, more and more people have been into the app. With the growth of new members that also means that many more original or copied masterpieces have been created.

Many who have watched this rebellion take place, have either joined or been against the Hype House.

“They’re the ones who have actually become successful and worked hard to get where they are,” senior Grace Tracy said. “People are just mad that the Hype House has hype,”.

The Hype House has millions of views on their videos and millions of followers beside that. As the normal consumer is pulled into the app, they are bound to see these creators. These characters resemble Tik Tok, however, it appears that different characters are rising.

Lego Star Wars characters from the Lego Star Wars video game is the head of this rebellion against the Hype House. The average tik toker may be inspired to be famous but can never seem to get on the same page as these hype users are. For example, Charli d’amelio just hit one billion likes combined from all of her posts.

“I feel like Tik Tok should be used to express your creativity and to share it with the world: to do something you love doing, like making funny videos,” senior Alyssa Gonzales said.

Tik Tok has turned its tide, priding the famous when it appears that the average Tik Toker wants to simply be acknowledged for what they have and want to bring. Many Star Wars memes and new trends have come to Tik Tok.

With the rebellion or not, the facts are that the Hype House brings new members every day with their catchy trends and dances. They stop anytime soon, which means Tik Tok won’t be dying.

“I personally don’t understand it, but I can see how some people find it cool,” senior Maddy Austin said. “I’m really just on Tik Tok to browse.”

The rebellion hasn’t ended and as new members watch with enjoyment it now strikes the conversation to whether the rebellion or Hype House will grow.

Regardless, Star Wars has taken over Tik Tok. The next big question is whether the Hype House will take over completely, or will a new trend rise to the occasion.