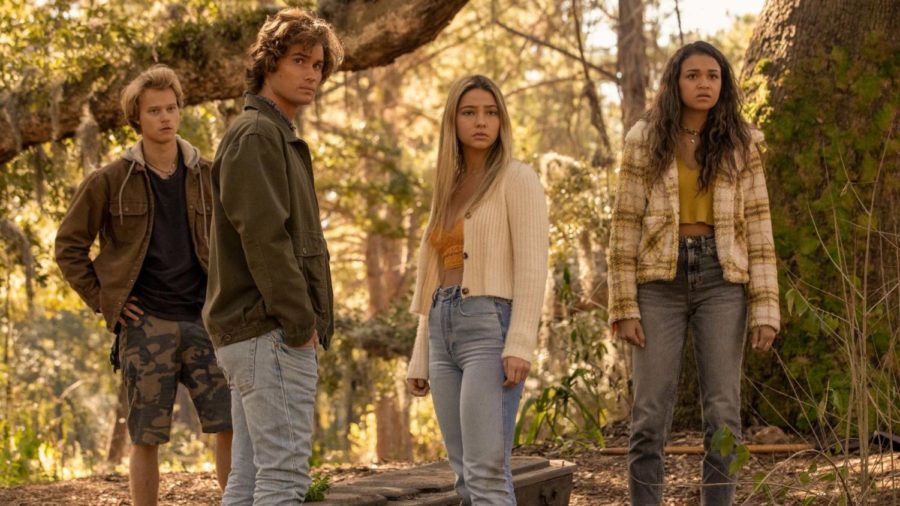 Ever since the Season One finale cliffhanger, Outer Banks fans have been waiting for the Pogues to return to their screens. This teen group is on a mission to find a secret treasure, while also uncovering the mysterious disappearance of John B’s father.

“It’s a good show,” senior Natalie Garza said. “I think the mystery and drama in it makes the show great but with a twist of our generation in it.”

The story revolves around a group of high schoolers living on a chain of islands in North Carolina known as the Outer Banks. Throughout the TV show, friendship and amity are prominent themes.

“My favorite moment is when [the Pogues]were on a boat.  JJ and John B go past Pope as he’s working with his dad. They’re like ‘you have to come’ and even though his dad is telling him he can’t, he still goes. It shows a real friendship between Pogues and how no matter what they always help each other,” Garza said.

This posse is made up of five characters, all bringing a different personality to the table. Along with the main friend group, season two has introduced other interesting and diverse characters.

“My favorite character would have to be JJ,” Garza said. “He cares about his friends and you don’t have to worry about [him] not being loyal. He has a bad past so he’s reckless and very emotional, but I think that makes him better.”

The audience is shown who the villains of this series are early on; the wealthy kooks named Ward and his son Rafe. Ward created a master plan to get away with the consequences of his mischievous actions, blowing viewers away.

“He didn’t even think about how it could have affected everything, but it was a good play. No one would’ve expected it,” Garza said. “I don’t like him because he shouldn’t have had to do it in the first place.”

With the last episode of season two coming to a close, fans have more questions and are already anticipating a third season, especially to find out the truth about John B’s dad once and for all.

“I hope it continues this trend of craziness from this last season and fills season three with even more drama and intrigue,” senior Dane Forsythe said.