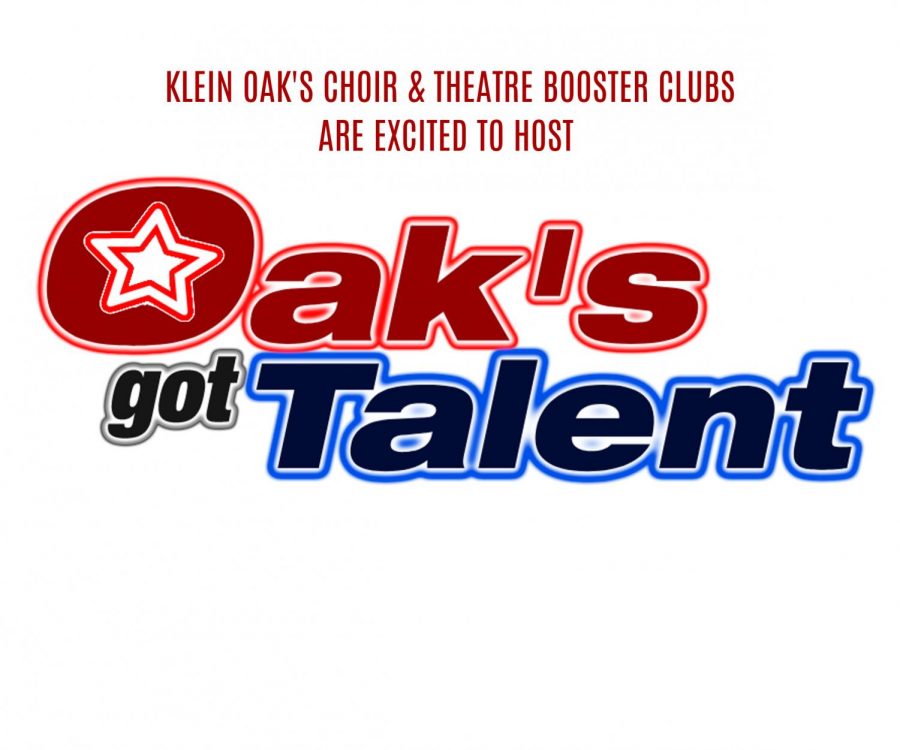 Logo of Oak's Got Talent Show on flyer made by the Choir and Theatre Booster Clubs.

Oak’s Got Talent takes place for the first and last time in the original Oak Auditorium tonight at 7 pm.

A total 26 acts auditioned and after great deliberation from the judges, only 15 acts were chosen. In those 15 performances, a total 25 students will be featured on stage throughout the night. Acts range from singing and dancing to piano performances and comedy.

Coach Glenn, Francis Ditta, and Thomas Hensley were chosen to judge the acts performing tonight on a ten point scale. The score sheet was created by the Choir and Theatre Booster Clubs, so that all acts are to be analyzed fairly based on originality, performance, appearance, and of course the audience reaction.

“We have a lot of performers that are not typical choir and theatre kids that you normally see on the stage,” Reed said. “I think there are a lot of kids that are pushing themselves and doing something outside of the box.”